Grace's sire is BRIDON JAMAICA, and her dam is BIRDSONG PRINCESS SONJA VG 85. She is registered with Jersey Canada; please click on the Jersey Canada logo below to view her pedigree.

Grace had three bull calves, and their names and birth dates are:Sadly, Grace passed away on March 5, 2018.

Grace was the epitome of grace. She loved attention. I took her to the fair as a 4-month-old heifer, and for the five days that she was at the fair she would watch the children walking by and you could see that she was just longing for them to stop and pet her. Thankfully she was so cute that lots of children were more than happy to accommodate her.

As a young milking cow, she was always eager to enter the parlour and would wait right outside the door so that she could be the first one in. But she wouldn't go in until you'd at least given her a scratch. She had me wrapped around her off, and I would tell her "kiss, kiss" and she would touch noses with me and then march into the parlour.

Grace loved giving cuddles. She would rest her head on my shoulder and snuggle in as I wrapped my arms around her neck. So far she's been the only cow that has let me do that.

Even as a heifer calf, I said that I would never sell Grace and that she would eventually die on the farm. I had no idea that she would die so young though, and expected that she would live to a ripe old age and bless me with many daughters. Sadly, that was not to be.

When I stepped into the barn the day that she died, she had her head tucked back against her body, like cows do whenever they're not feeling well, and I could tell that she was very sick. I went up to her and started stroking her face and scratching around her ears and the top of her poll, and she perked up right away. Whenever I stopped petting her, she would nudge me with her nose to ask me to keep going. As I was saying goodbye to her for the last time, I could see that she was getting very tired and she tucked her head back against her body.

​I know that I am going to miss her terribly. 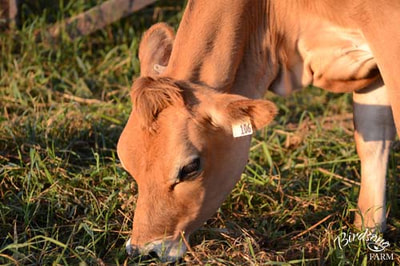 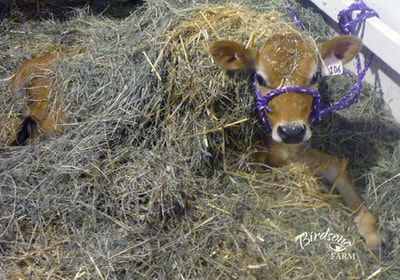 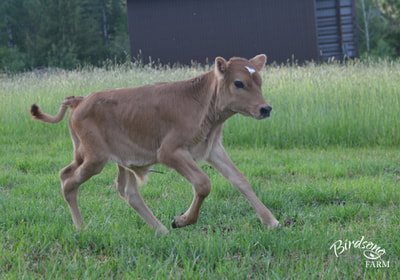 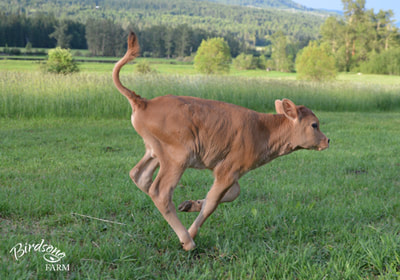 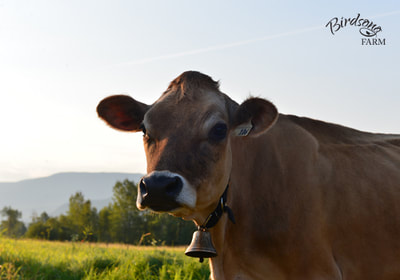 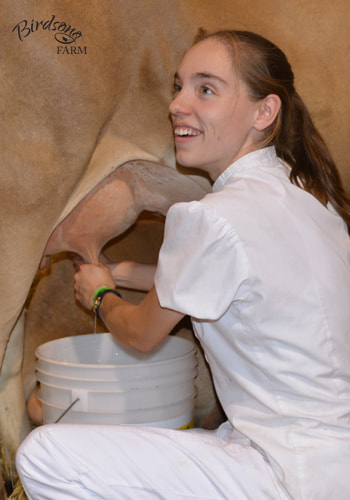 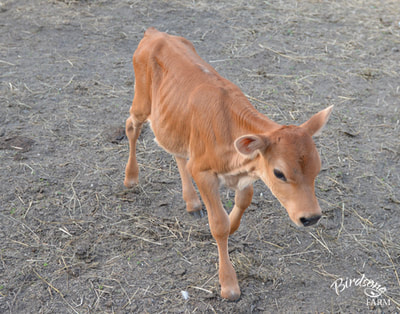