At the age of 12 Fancier may be the oldest cow in the herd, but she represents our newest cow family.
​Fancier was flushed to GUIMO JOEL and RIVER VALLEY CECE CHROME and we hope to welcome her first daughters to the herd in July 2018.
Birdsong Farm's "Fancy" family is the newest cow family on the farm, and was started with the addition of Gaymar Astro Fancier SUP-EX 90-3E in the autumn of 2012. Fancier arrived at Birdsong Farm with chronic mastitis and after testing I discovered that it was caused by Staph aureus, so in 2015 I made the decision to dry her off and flush her. The flush was a success, with two heifers to carry on the Fancy family name.

There are three cows and heifers in the Fancy family: Gaymar Astro Fancier SUP-EX 90-3E (died in 2018), Birdsong Sweet Summertime, and Birdsong 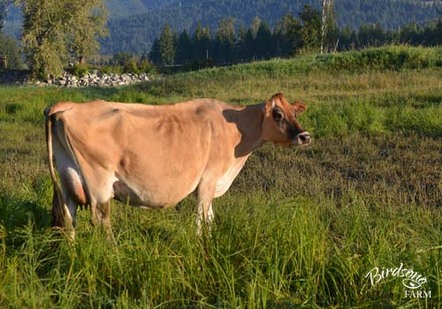 GAYMAR ASTRO FANCIER was born at Gaymar Jerseys on April 1, 2005, and she came to Birdsong Farm on September 2, 2012.

Fancier's sire is ROCK ELLA ASTRO and her dam is GAYMAR TRIM FANCY. She is registered with Jersey Canada; please click on the Jersey Canada logo below to view her pedigree.

Fancier arrived at Birdsong Farm with chronic mastitis (an issue that I was already aware of). She was a very sick cow when she arrived, and so I spent months nursing her back to health before breeding her. I had my heart set on a heifer calf from Fancier, but instead Malcolm was born on January 6, 2014 and Nico on May 21, 2015. Towards the end of 2013 I learned that the bacteria causing Fancier's mastitis was Staph aureus. Finally, in the autumn of 2015 I made the decision to dry Fancier off and flush her as there was a very high chance that she would spread the bacteria to my other Jerseys.

Fancier is tested as A2/A2 for Beta Casein and A/A for Kappa Casein. She is genotyped with the 80K SNP panel, and she has a GPA LPI of 458 with a DGV of 562 (Aug*17; 42% reliability); please click here to read her genotyping report. Fancier is negative for JH1 and JH2 (Jersey Haplotype 1 & 2), and her inbreeding percentage is 6%.

Fancier was flushed to GUIMO JOEL and RIVER VALLEY CECE CHROME on October 19, 2017. We recovered 16 embryos (2 unfertilized, 8 degenerate, and 6 fertile. Of the 6 good embryos, 5 were Grade A. We'd set up 6 recipients (with the plan to freeze any extra embryos), so we implanted them all. We preg checked our recipients on November 22, 2017, and all 5 of the Grade A embryos resulted in pregnancies. Two of the five pregnancies have been sexed as heifers, and the calves are due on July 21, 2018. 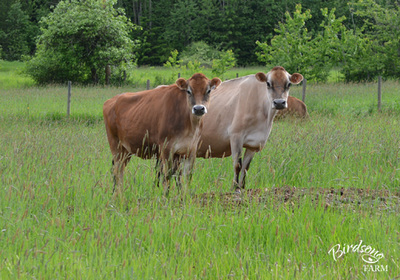 Fancier (right) standing with Diana in the pasture. (2013) 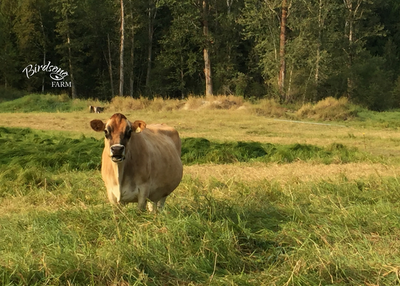 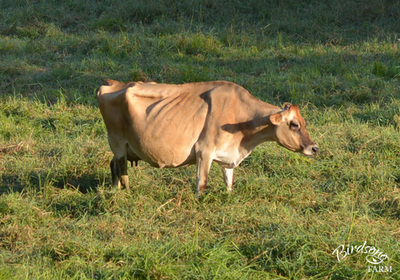 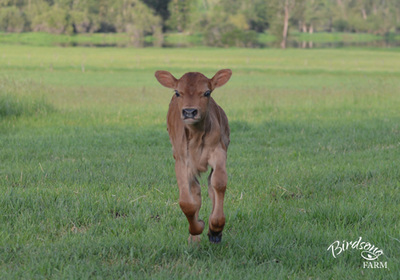 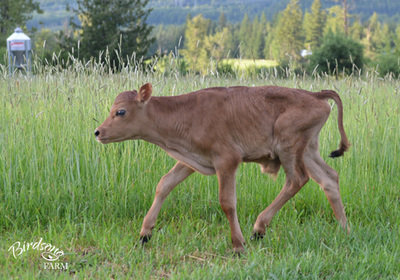